After its 200th birthday the United States of America still holds the leading position in western world. A country that has inspired many names -"Land of Opportunity ","Meeting Pot", " God' s Gountry" is still referred toa as land of superlatives - "the richest", "the greatest"," the most".
Ih size the United States is not the biggest. What makes the USA the leader of the western world is its economic, political and military domimance  over other countries.
The United States is a parliamentary republi. The Government is divided into 3 branches: legislative ( the US Cogress),executive( the President and his Administration) and judicial( the US Supreme Court).
The Supreme Court consists of Chief Justice and 8 Associate Justices who are appointed for life. The Supreme Court is supposed to decide whether a law of the Congreess or an executive order of the President is "Constitutional or not".
Опубліковано Галина Медведкова о 5/11/2018 12:34:00 пп 4 коментарі:

The Queen is officially head of all the branches of government,but she has little direct power in the country. The constitution has three branches:Parliament,which makes lows,the government,which "executes"laws(puts them into effect)and the courts,which interpret laws.Parliament has two parts:the House of Commons and the House of lorbs. Members of the House of Commons are elected by the voters of 650 constituencies.They are known as Members of Parliament.
The Prime Minister is advised by a Cabinet of about twenty other ministers. The Prime Minister,or leader of the Government,is usually the leader of the political party. The Cabinet includes the ministers in charge of major government departments or ministries.Departments and ministries are run by civil servants,who are permanent officials.Even if the Government changes after an election,the same civil servants are employed.Members of the House of lords are not elected.About 70 per cent of them are "hereditary peers"because their fathers were peers before them. The 30 per per cent are officially appointed by the Queeb, on the advice of the Government,for various services for people.

"Eating problems"
Many children have problems with eating at some time in their lives. These problems can range from not linking certain food.
Scientists think eating problems can start in a lot of ways. Some scientists think that you are born with them. Others believe your eating problems are learned from people around you, and from wanting to be like very thin fashion models.
Eating problems can also start because of other problems, such as unhappines at home or school, someone you know dying, or a mixture of these and other things.
It is  a medical condition and its proper name is anorexia nervosa. People with anorexia nervosa avoid eating and loose a lot of weight. They often feel fat, even when they are very thin. They may use other ways of staying thin, such as taking laxative tablets. They can become  very weak ,and without special help some people with anorexia die.
It is  a medical condition and its proper name is anorexia nervosa. People with bulimia nervosa eat lots of food (called dinge eating ) and then make themselves  sick to get rid of what they've eaten.
About one in  a hundred of teenager girls suffer from eating prodlems. But some of them have them in a very small way. But the older you get,the more people tend to get eating prodlems. One in fifty young women and one in five hundred young men suffer from anorexia and bulimia.
Many young people deny they have an eating problem or try to keep it a secret. But the sooner someone accepts that they do have a problem, the easier is for them to get help. 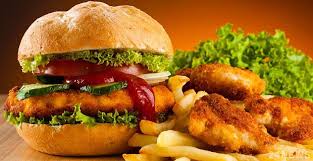